skip to main | skip to sidebar

I have not written any stories on this blog for a while now, actually there is a lot to catch up on. First off I see my last story was about Wolfy as a Kitty, well it did turn out that we saw her, both Peter and I. We were surfing at Anini, we were the only ones out as the waves were very small, it still was summer. Down swooped an Iwa bird right over us!  I had been telling Peter that Michie said to look for an Iwa bird with a heart on its chest. We both looked up, curiously looking for a heart, and both of us saw it! We were both a little bit perplexed as we both said "There was a white heart on its chest, but it was upside down!" 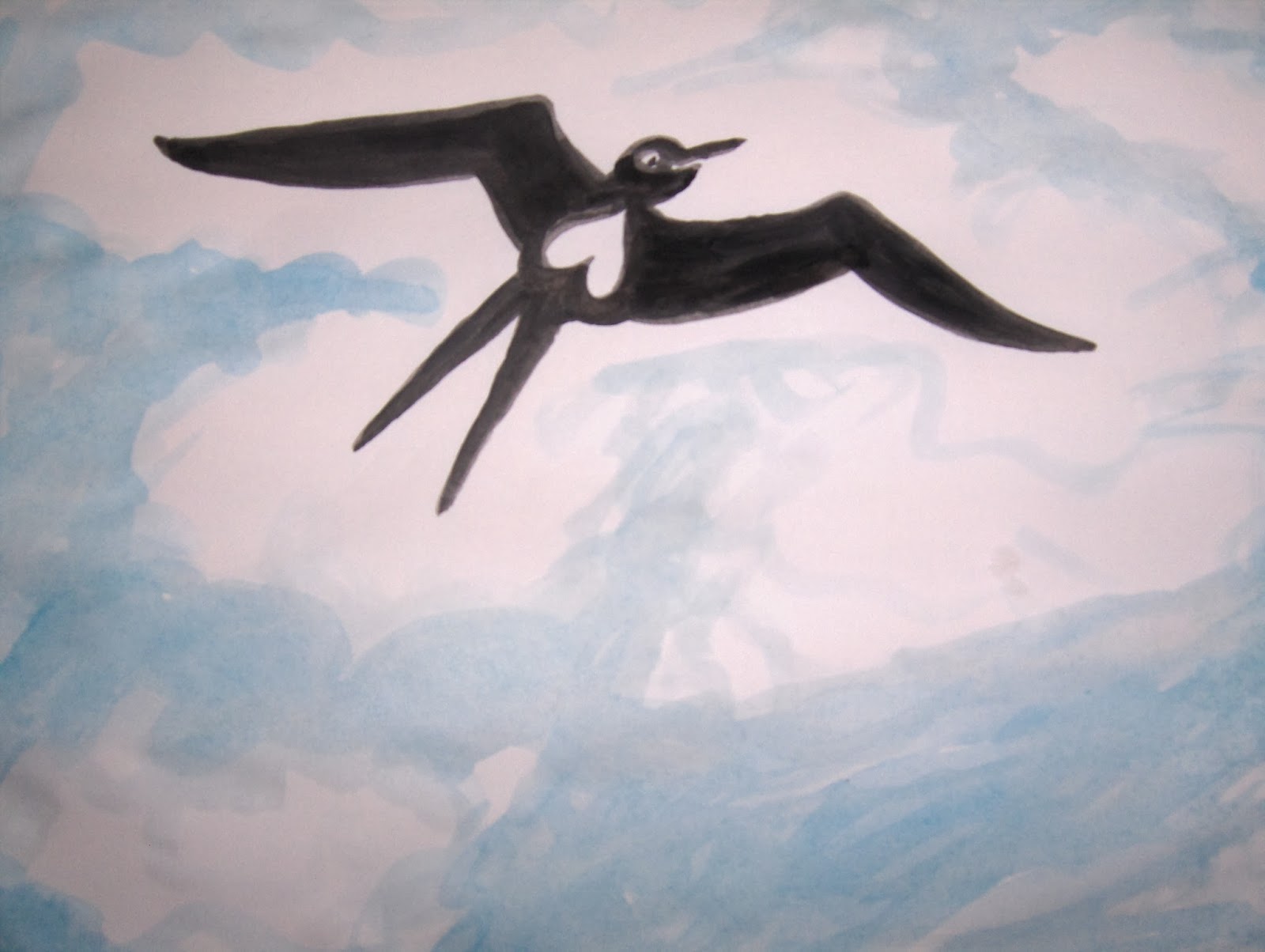 As I wrote before I was really too sad to tell the story, I missed Wolfy as a Kitty too much and I kept wishing for her to come back as a kitten again. I had to accept her as an Iwa bird, this did take some time. As we went into the ocean we would see her flying high above us, or swooping down right over us, always with such fun and vigor, as if she were surfing in the sky. My heart began to soar along with her. All through summer we would see her at Anini, just one Iwa bird. Then as Fall began we went to surf another spot around the crater and I would see her with a whole gang of friends. Sometimes we would scold her, "Naughty Wolfy!"  We saw her swooping after another little bird to steal the fish from it. Well, that is what Iwa birds do, but they can get their own fish too.

One time I heard a little eek eeeek sound, I looked up and I made the same sound back. I wondered which bird was making that sound, all I saw was one Iwa bird. I thought that was a funny sound for such a big bird to make, but it was, it was just Wolfy flying around us, saying in a little high pitched voice, "eeeeek eeeeek!" Ha ha, that was when I was practicing to talk in their languages, meaning my wild life friends, so I replied in my own high pitched voice, "eeeek eeeek!" back to her.

My heart feels much better now, I know when Wolfy as a Kitty fell from the tree, she was all broken up and crippled. Now as an Iwa bird I see her flying free, freer than ever she could do as a kitty, so I am content to let her be. I have stopped thinking she will come back to us as a kitten. Since then the cat next door has moved in and adopted us, but that is another story. 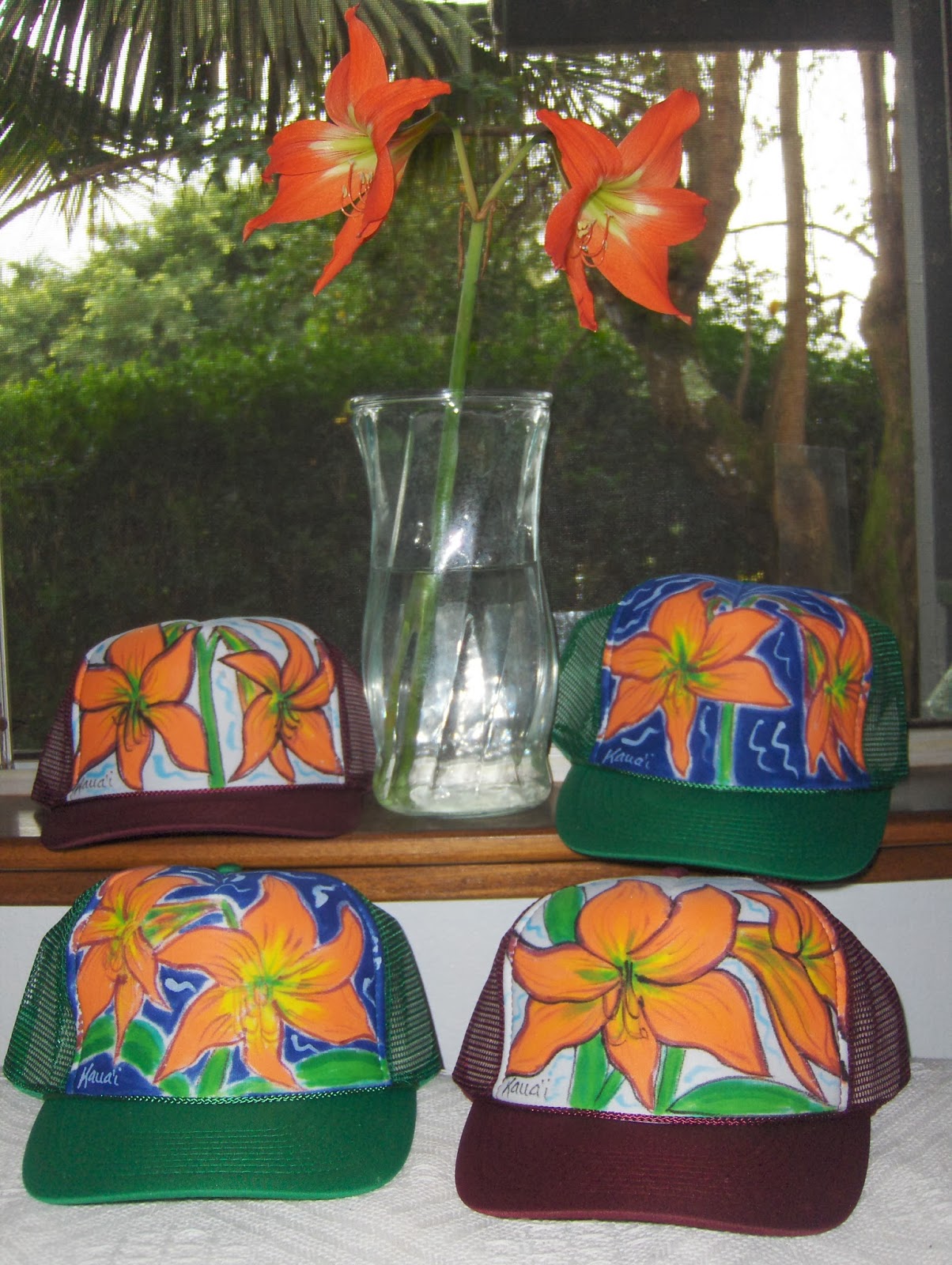 Today I found some of the wild orange lily bulbs, next to one I saw blooming. I was able to dig them out with my hand so I brought them home and planted them over Wolfy as a kitty's grave, and some over Rosie's grave. Then I painted some trucker hats with the orange lilly I had picked.

Last week this thought did come to my mind, about when someone close to you dies. "You didn't lose them, because they are a part of you."
Posted by LupitaJustLupita at 10:13 AM

LupitaJustLupita
Warning! You must have an imagination to read my blog! I am an artist. Now I am a grandmother!